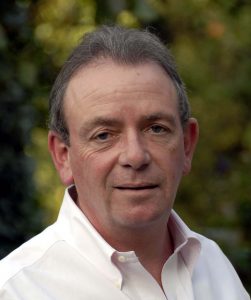 Mr Nicholas W Steidl was Chairman and Chief Executive of H H Pegg Ltd from 1984 to 2008. H H Pegg has been a leading paper agent in the UK since before the Second World War. He entered the’ business in 1968, working for his father Robert. He recognised that the days of the agent purely collecting a commission for an order secured would have to change. He started the concept of market-management which, aided by technology, was able to offer his principals a then unique service of marketing, market statistics and technical support.

Under Mr Steidl’s leadership, H H Pegg became one of the most respected independent agents in the UK and the sales of the company increased one hundred fold at its peak. This achievement was undoubtedly due to his deep understanding of the markets he served and many other agents and mill owned offices used his business model. He was elected to the Council of the Paper Agents Association in 1983 and from 1988 to 1990 served as President. During this time, he initiated and was deeply involved in the setting up of the Pulp & Paper Information Centre (PPIC), believing that the industry had to try to take the initiative in promoting the sustainability message about paper and promoting this to the widest possible audience. He was also instrumental in improving the statistical exchange between members, serving on the Statistics Committee for many years.

In 2003 he was elected as President of the Stationers Social Society and led the transformation of this body to a registered charity, the Paper Industry Charitable Trust that has refocused this previous largely social organisation into a useful body for the benefit of disadvantaged industry members and their dependents.

In 1990 he was elected a Liveryman of the Worshipful Company of Stationers and Newspaper Makers where he served with distinction as a Trustee of the Stationers’ Foundation (the Company’s charities) driving forward programmes to promote improved literacy, including the recently launched Shine competition to promote excellence in school magazines. In 2008 he was elected a member of the Company’s governing body, the Court and, in 2009, was responsible for commissioning and marketing a unique report ‘The Future of Paper & Print in Western Europe to 2020′. This report, which utilised the unique position of the Company with its cross-industry membership, was very well received and valued by a substantial subscriber base that purchased it and led to greater understanding of the challenges ahead in paper and print.

Mr Steidl is the current Chairman of the Stationers’ Foundation and is actively pursuing the possibility of the Foundation and the Company being the sponsor of a new Academy, which will have vocational subjects linked to our industries. He continues to be involved in market analysis and sends out a regular digest of news to industry friends. He is one of few people in the industry who has a deep understanding of the market, is always ready to share his knowledge and opinions and who has made a great contribution to the industry as a whole by his involvement with the PAA, PICT and the Stationers’ Company. He has indeed shown ‘foresight, a real understanding for the industry and, above all, a passion’ for the business of making and marketing paper. Nick is married to Louise and they have three daughters, Holly, Alice & Tessa. When he has the time his other passion, apart from sport, travel, food & wine is photography.