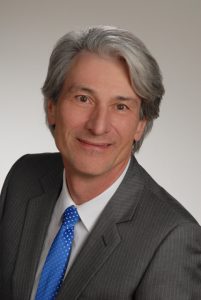 Dr. Palm, Chief Executive of the family-run Papierfabrik Palm GmbH & Co KG in Germany has been awarded the medal in recognition of his contribution to UK papermaking by devoting significant resources to establishing a major new Newsprint mill at Kings Lynn, Norfolk. The machine has a working width of 10.63 Metres and a capacity of 400,000 MT/yr. It uses recycled fibre as its raw material. It produced its first paper in August 2009 having acquired the site and obtained planning permission only in 2007. The machine is the biggest and the most modern Newsprint machine in the world and has quickly established a reputation for service and quality.

Dr. Palm’s commitment and support of the industry, particularly the recycled sector, at a time when so many mills were experiencing difficulties is worthy of recognition. He has made a significant impact not just on the local economy in Norfolk, but also throughout the UK and, in doing so, has raised the profile of the whole industry. The following brief biography details some of his achievements and his continuing interest in promoting the industry in the UK. Born in Heidenheim, Southern Germany in 1953, Dr. Wolfgang Palm is owner and CEO of the family-run business Papierfabrik Palm GmbH & Co KG in Aalen, one of the leading German companies in the paper industry. He studied economics at the University of Mannheim in Germany where he received his PHD.

He was elected President of the Association of German Paper Factories (VDP) in 2008 He is married and has two daughters. Dr Palm likes to spend his spare time sailing. He competes in and has enjoyed success in regular regattas at Lake Constance and occasionally also at Lake Garda. The family paper business was founded by his Great Grandfather in 1872 and since this time the Company has continuously produced paper without using virgin fibre. After leaving University Dr.Palm worked as a trainee in Savannah, USA in a paper mill which at that time, was owned by Union Camp. (Today this mill is owned by International Paper). Following that he worked briefly as a Financial Analyst in 1981/2 before joining the family business in 1982.

In that year Papierfabrik Palm had 3 production facilities. Today, under the leadership of Dr Palm, the Group operates at 22 production sites producing, 1,010,000 MT of newsprint, 880,000 MT of paper for corrugated box production and 400,000 MT of corrugated boxes. The newest papermaking sites operate world-class paper machines. Palm commenced trading in the UK in 1995 with sales of newsprint which they sold through an independent agency business. This agency was acquired by Weyerhaeuser (UK) Ltd in 2000. In 2002 Palm began selling paper in the UK for corrugated board and box conversion and at this point, Papierfabrik Palm acquired the UK agency business from Weyerhaeuser and renamed it Palm Paper Limited.

In 2010 he was awarded the “Bundesverdienstkreuz am Bande” by the Prime Minister of Baden-Württemberg in the name of the German President. In King’s Lynn Dr.Palm has encouraged Palm Paper employees to participate in local charity fundraising events and matched total donations pledged. Palm, along with their construction partners donated to six local charities a substantial sum of money left over in a joint contingency fund when the King’s Lynn site was completed. Dr Palm is a member of the Rotary Club in Germany and on occasions attends King’s Lynn Rotary meetings where he is an Honorary Member. He has also visited a local secondary school to meet with Year 12 and 13 students to provide them with an insight into the world of employment and made presentations at events such as “Shaping Norfolk’s Future” His role as an ambassador for the Paper Industry in Norfolk and throughout the UK is surely worthy of recognition.