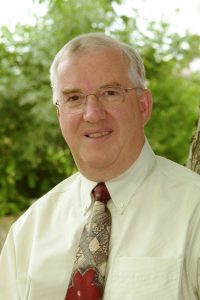 The 2008 Paper Industry Gold Medal, the paper industry’s highest honour has been awarded to John Clewley for his comprehensive dedication and commitment to the UK paper industry.

During the industry’s record retrenchment, consolidation and inward investment he has worked selflessly to maintain a significant UK base for paper technology, fundamental research and recognition of the industry’s heritage – all vitally important for a potential upsurge in UK paper production in response to society’s increased demand for recycled papers and a smaller ‘carbon footprint’. His tangible legacy is an independent and functioning Paper Industry Technical Association (PITA) poised to take advantage of new opportunities.

John has spent the whole of his working life in the paper industry starting as a graduate of UMIST. His career focus was on technical issues where he became an authority on recycling and de-inking, in particular with regard to the manufacture of newsprint.

Later he became full-time director of PITA, helping to demerge it from PIRA International and build an independent association of technical professionals.

Commenting on the award Peter Ingram, Chairman of the Paper Industry Gold Medal Association noted “Where John really stands out among his contemporaries, is his steadfast commitment to the British paper industry at a time when employment in the industry has been in sharp decline and ownership (together with technical expertise) has increasingly been transferred abroad.